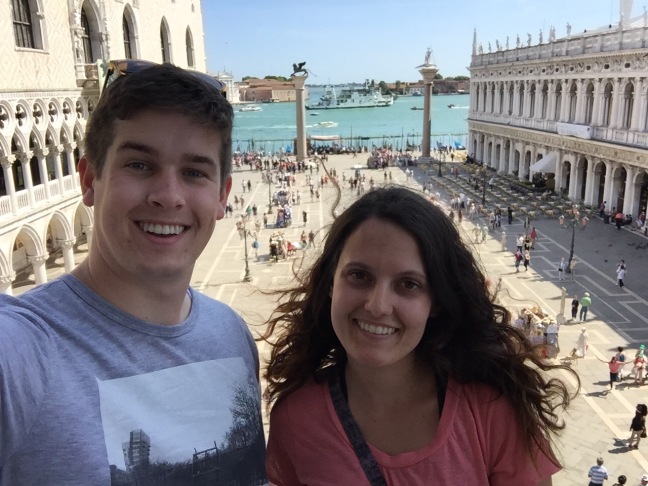 I already said it yesterday, but I’ll say it again: nothing compares to Venice. Hemingway, Byron, Proust, and countless other authors far more skilled than myself have been writing about this city’s beauty for 400 years. There is nothing I could say that hasn’t been said and no description I could render that could paint a clearer picture. All I can say is this: buy a ticket and visit for yourself. Seriously. This isn’t one of those places you can put off saying, “Oh, it’ll still be there next year,” because it might not be. The entire city is sinking, and the ocean is rising, and even if it isn’t next year or the year after, eventually it will be reclaimed by the sea. So use thos  saved up vacation days and come see it for yourself.

Ok. Soap box done. We started our day in St. Mark’s Square of course. Even though we put off coming until the weekend was over, there are still tourists everywhere, as there always are and always will be. I read that 80% of the people in Venice are tourists and only 20% are residents, and I’m not even surprised. But, despite that fact, we still have had an amazing time. We got to see the square, the inside of the Doge’s palace, and the interior of St. Mark’s Basilica!

For anyone planing to visit Venice, get the Rick Steves’ Venice guide book. It’s worth every penny. We learned tons of interesting stuff, and he tells it in a way that is fun and interesting, giving insight and perspective on the things you are seeing and making the whole experience  more meaningful. We learned all about the amazing locations we visited, and perhaps more importantly, we learned which places weren’t worth visiting.

The interior of the Doge’s palace was fascinating because it told the story of Venice’s history so well. We also got to be in a room that was a key location in one of my favorite books, Dan Brown’s Inferno. And while we were there a couple who had just come come from Florence told us that Tom Hanks and the movies crew are there filming the Inferno movie right now! Maybe we’ll get to see him when we go there?

The Basilica was beautiful too. I’m not sure, but if my memory serves correctly, it was being renovated last time I was here. This time only a small outside portion had the scaffolding up, so we got to see it clearly. For people who have studied architecture, it’s a fascinating mix of many different styles, stuffed to the brim with the spoils of Venice’s many wars, including the famous four bronze horses that were supposedly around during the reign of Alexander the Great! 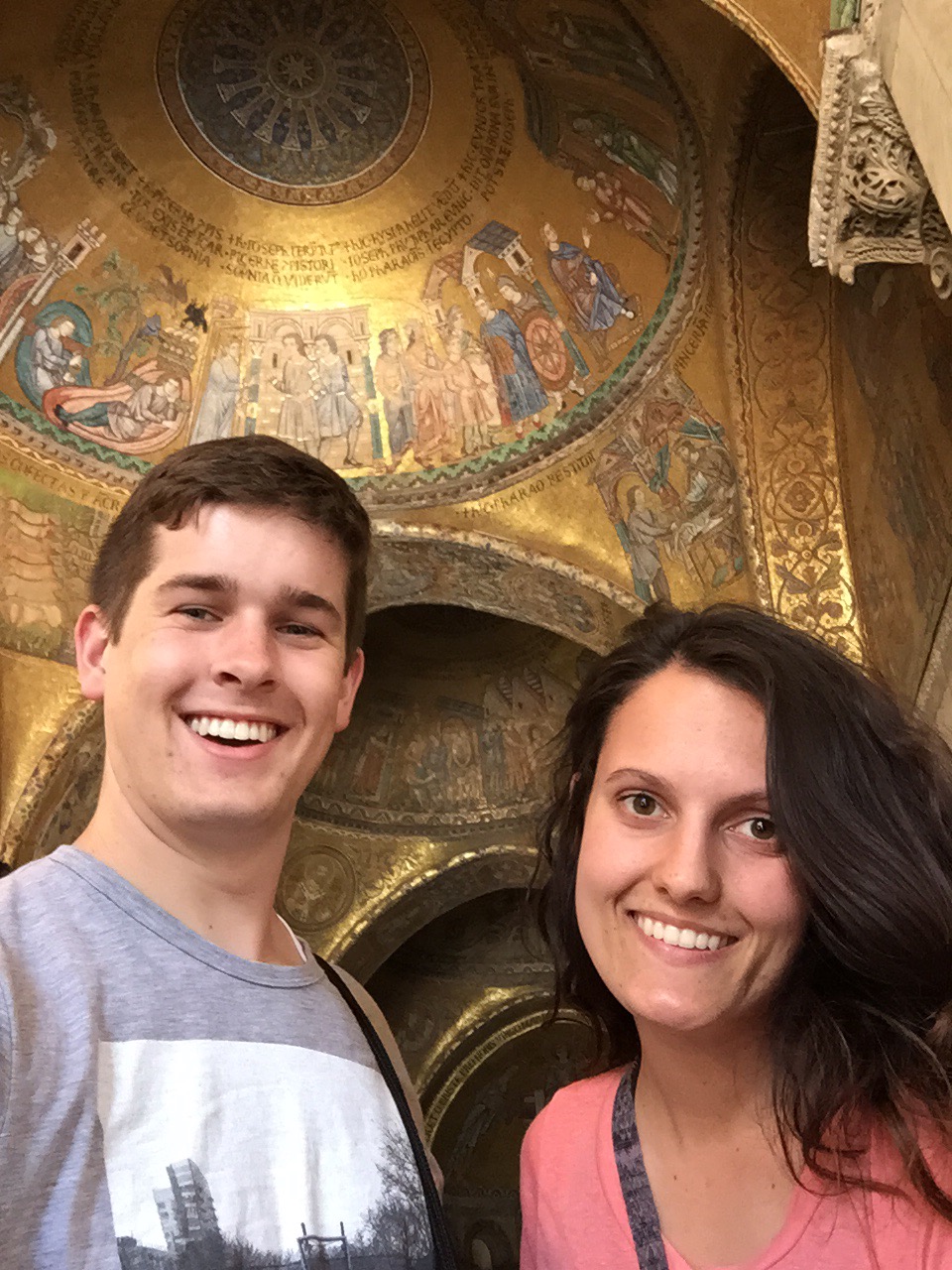 The entire inside of the Basilica ceiling is covered in beautiful mosaics of gold and vibrant colors. Imagine paving a football field with contact lenses, and you get an idea of how much work would go into creating this place. The churches museumnwas great too, and we got to climb up to the church’s balcony where the Doge used to address people in the square.

In the afternoon we took a boat ride to Murano in the hopes of seeing the world famous glass blowers. Well the boat ride ended up being like 40 minutes long, so the museum was closed by the time we got there, but the boat ride was fantastic. Sam and I both just stood on the deck, soaking in the sights, smells, and sun of the Mediteranean.

But for me one of the best parts of Venice was just walking the streets and getting a little lost as we looked for food. I came across several of the same places that my family ate, slept, and visited 2 years ago. We found some beautiful back streets, and admittedly some less beautiful ones. I’m excited to keep exploring tomorrow!

One thought on “Venezia – Europe Day 18”