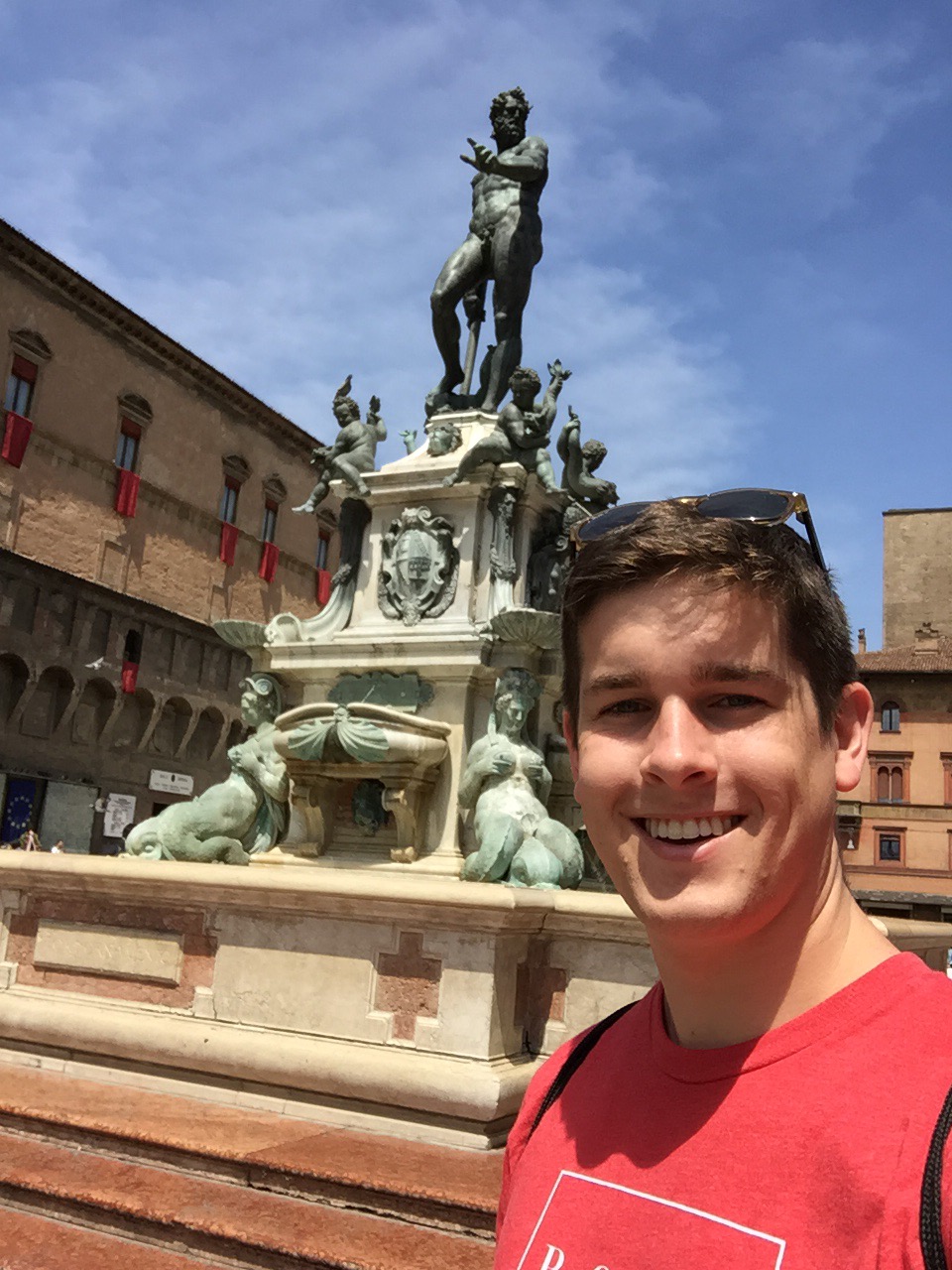 We spent the morning exploring the beautiful city of Bologna. Well, actually, the area we first walked through was pretty ghetto with graffiti and raging everywhere, but once we got past that to the heart of the city, it was lovely. One of the most fun parts of the city was all of the street performers everywhere. From one-man bands, to actual bands, to human statues and a man painted completely blue, it was a very fun atmosphere.

We also got to see the huge towers of Bologna (including one that is leaning, but for some reason doesn’t get near the attention Pisa does) and the huge Cathedral, the original plans for which would have been larger than St Peter’s Basilica in the Vatican! But of course, the Pope back in the 15th century couldn’t allow that, so production on it was halted for a long time, which is why the facade is only half completed. The last thing we saw was the old Bologna university, which is the oldest in the Western world, established in the 1100s. A very cool room we saw there was the old anatomical theatre, where medical students from the 1600s would sit in amphitheater type seating and watch the professor cut up cadavers, or sometimes perform surgery on live people. So cool!

When we were done in Bologna we got on a train to Ravenna, which we thought would be a nice day trip to postpone our arrival in Venice by another day. Well the train ride was miserable, because for some reason they decided not to turn on the AC, and there was this constant high pitched ringing.

When we finally got off that death train, we went through the same process that we have several times of just walking the streets and going into every hotel, asking if they have space and getting a price. We have gotten very used to it. Well turns out there is some huge national sailors convention here, and the entire Italian navy has booked every single room in the city. Finally we found one that had just been canceled earlier that day: a suite. Well the consierge was kind enough to give us a pretty hefty discount, so luckily it didn’t turn out to be too outrageously expensive. Just a little outrageously expensive.