The lesson we learned today is that apparently all of Copenhagen is being renovated. We started the day on a walking tour by Rick Steves, starting at the City Hall and making our way down Strotget, a huge pedestrian mall that has some of the worlds most high end stores lining about 20 city blocks. It also happens to be very close to some of the city’s top sights.

Right off the bat, the big square in front of City Hall was all under construction. Rick Steves book told is to turn in a circle around the square as he pointed out sights, but the construction blocked most of it. City Hall was very pretty though. We then started walking down the Strotget, which is a quintessentially Danish street that starts with the most American trio imaginable: 7-11, Burger King, and KFC.

As we walked down the street, most of the ground floors of the buildings had been renovated to house the opulent boutiques. But the upper floors remain the original  19th and 20th century buildings. We got to see some wonderful sights, one of which was the breathtaking statue Christus by Bertel Thorvaldsen, along with the statues of all 12 apostles. We also saw some beautiful churches, the Copenhagen universtiy, the belle-époque Copenhagen theatre. That was where we found Kings Square, which was also completely fenced in by cranes and construction vehicles. So we missed a few of those sights.

Our walking tour ended at a beautiful canal with picturesque Danish buildings and traditional sailing boats. Here we grabbed some lunch (but we went off the main area and, where food is mediocre and overpriced, and got a delicious Thai meal from a hole in the wall) and some ice cream (even though we were already freezing. Ice cream is totally worth hypothermia).

We then hopped on a canal boat tour and got to sit back, relax, freeze in the wind chill coming off the ocean, and enjoy the sights of Copenhagen’s harbor. In a happy coincidence, the boat tour ended right by a palace and 2 museums we wanted to see. We saw the Throne Room, foundations from centuries old castles, more magnificent sculptures by Thorvaldsen, and even saw some paintings by artists like Van Gogh, Monet, Degas, Cezanne, and Gouguin. (And we ran into more construction and renovation work, naturally)

After those very culturally refined experiences, we visited the not-so-refined Christiania. This is basically another country within Copenhagen, where decades ago some hippies secured squatters rights on an abandoned military compound and turned it into a safe haven for potheads and counter-culturalists. I don’t think I’ve ever gotten that much second hand pot in my life. But it was at least a fun, eye-opening, mind-expanding experience, and we stayed for a delicious (and cheap) dinner of shawarma. 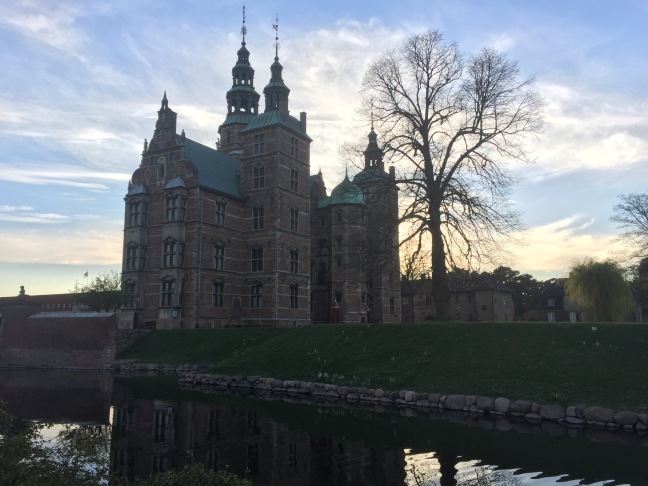 Our night ended with a bus ride to see one last palace, a walk in the tranquil (although not bloomed and rather dead) gardens at sunset, and another bus ride back to our hosts home, where we packed our bags, watched Twilight Breaking Dawn Part 2 with Danish subtitles, and went to bed, eager for tomorrow’s continuation to Switzerland.