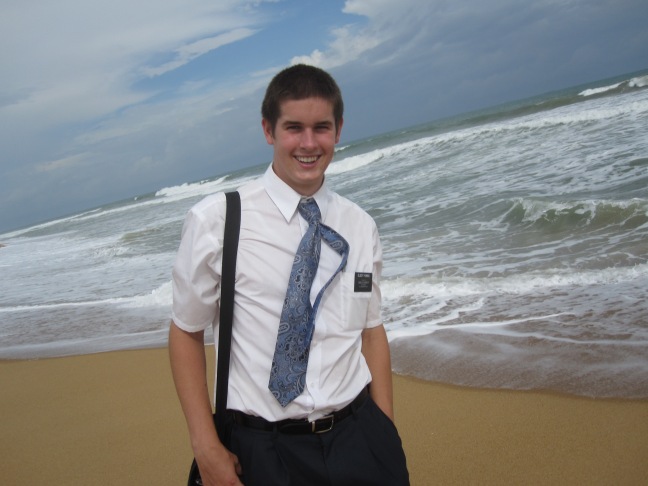 Exactly 4 years ago today, I began a journey that changed my life completely. I became a missionary for the Church of Jesus Christ of Latter Day Saints (commonly known as Mormons).

Before I begin, let me state that I am not writing this post to preach about my religion or beliefs. I am simply writing it to share an adventure that shaped my future.

After a brief 2-month training in Provo, Utah, during which I learned to speak French (I had never studied French before this) I flew to West Africa, and spent the next 22 months teaching the people of Benin and Togo about the gospel of Jesus Christ. (If you’ve never heard of Benin or Togo, don’t feel bad. They are two itty-bitty countries sandwiched between Ghana and Nigeria)

Saying that this experience changed my life is such an understatement it isn’t fair. Those two years were the hardest, most trying times of my life, and they were the times that I learned the most about who I am, what I am capable of, and how much God loves all His children.

I arrived in West Africa at a time when the Ivory Coast (two countries west of Togo) was in the midst of a political crisis. Long story short, for the first several months I was in Africa I was sleeping in a living room of a tiny apartment with 8 other missionaries, with no mosquito nets (a huge deal in the tropical climate), surrounded by a culture I didn’t understand, the only food options inedible goop (to my eyes), and trying to communicate in a language I had only spoken for 2 months. Suffice it to say I was in waaaaaaaay over my head, and I felt like the most helpless, abandoned person in the universe.

That was when I had to trust in God more than I ever had before. I couldn’t control anything: the climate, my schedule, my French ability, the people I worked with, the food I was supposed to eat, my living conditions, nothing! So, during the most difficult and painful time in my life (I won’t lie, I cried daily for the first two weeks) I had to turn to the only person who could help me: God. I found solace in the scriptures and power in prayer. I had to completely turn my will over to Him and trust that He was in control, and that He would take care of me. And He did. 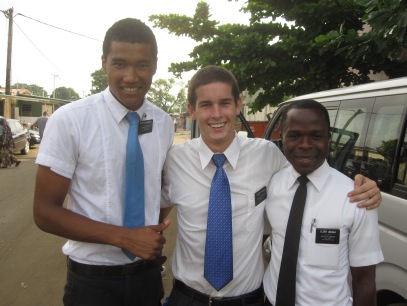 Eventually I became fluent in French. I learned to not only eat, but enjoy the food. I acclimatized to the tropical weather. I got a mosquito net and a real bed! And although I came home every day to an apartment that frequently had no running water or electricity, flopping in exhaustion onto my bed, I was truly happy in a way I never thought I could be. I was bringing the light of Christ into people’s homes, and seeing their lives changing before my eyes. People became happy and hopeful in the worst situations imaginable. Joy replaced despair, and they cried tears of joy as they shared their newfound faith with their friends and family.

I have now been home for two years. Since then I have resumed the university studies that I had put on hold and found my way back into the “real world”. And although I love the comforts I have in my life today (like heated water, or any running water for that matter) I will always cherish those two years.

I will soon be posting more stories from my two years in Africa, so be sure to follow my blog for updates! To see the rest of my posts about my time in West Africa, click here.

***For those of you who are unfamiliar with the missionary program of the Church of Jesus Christ of Latter-Day Saints, or LDS for short, young men and women between the ages of 18 and 26 decide to willingly leave their homes, schools, families, and friends for eighteen-months to two-years, and live off of their own funds in order to teach the gospel. LDS Missionaries are not paid for their services, and they are required to maintain very high standards of integrity. You’ve most likely seen them riding bikes in pairs around your town, or maybe they’ve knocked on your door before! I would like to invite you to say hi to them the next time you see them. They are very friendly people and would love to meet you! If you would like to contact the missionaries in your area, click here.