Let me tell you all a story. This is the story of a man’s brain. 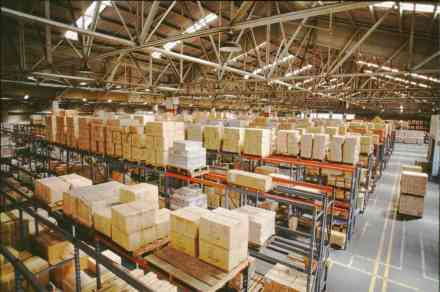 A man’s brain is like a big warehouse filled with boxes. Men have a box for every subject they’ve ever studied and a box for every event they ever cared enough to try remembering. When a man wants to discuss a subject, he will find the appropriate box (we are unorganized, so forgive us when this takes a bit of time to locate), open it up, and discuss everything that we can about that one subject (because we want to impress you, ladies). Once we’ve discussed that topic to our satisfaction, we will close the box and put it back where we found it, being very VERY careful not to touch any other boxes. The very last thing a man wants is for one subject to accidentally spur another conversation because we carelessly tripped over the box containing “Books I Read in Middle School” (which is basically empty anyway).

Now, boxes are not like children. We are allowed to have a favorite, and we do. By far, most men’s favorite box is a box that contains absolutely nothing. We call it “The Nothing Box”. Women in general have a very difficult time understanding the nothing box. Because a woman’s brain doesn’t work like a man’s. Women’s brains are like a big ball of wire, where every subject is connected to every other subject in an unending web of thought fueled by a seemingly inexhaustible supply of emotion. (If we could find a way to produce electricity from women’s emotions the world’s energy crisis would be solved. But i digress…) For most women, the thought of thinking of nothing just doesn’t make sense. It’s like when the Babylonians first discovered the number “0”. Sometimes grasping the nonexistence of something is tricky!

For example, when a friend of mine was told about the nothing box, she asked, “What does it look like?”

“But I mean… Is there like, smoke in the nothing box? Or rolling fog?”

“So is it like outer space with stars or galaxies?”

A week later my roommate had the glazed-over look in his eye, and she asked, “Are you in your nothing box?”

“What’s in your nothing box this time?”

To be fair to her, she is a girl, and girls don’t have a nothing box. It’s difficult to understand something you’ve never experienced.

Most men, if given the choice, will always default to their nothing box. This is why men are able to do such brain-dead activities without being bored (fishing anyone?). And a man’s favorite method for coping with stress is to go to his nothing box! He just puts the things that stress him out into their appropriate boxes. “The Stress Box” in my brain is made of steel and wrapped in a dozen heavy chains with padlocks on each one of them, 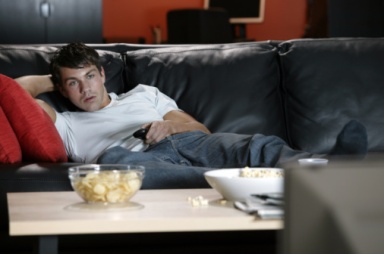 because otherwise the stresses try to sneak out and hide in my other boxes.
So we put our stresses into the Stress Box and go to our Nothing Box so that we can just unwind. Sometimes I’ll be in my Nothing Box while my eyes glaze over in front of the TV.

So ladies, next time you think your husband/boyfriend/brother/father/estranged uncle is stressed, and he looks like he has a lot on his mind, don’t go up to him and ask, “What’cha thinking about?” Because he will answer honestly:

This isn’t an insult to you. He isn’t saying that he doesn’t trust you enough to talk about his problems. He isn’t trying to drive you away. He doesn’t hate you. He is honestly, truthfully, sincerely thinking about nothing. You may not understand it, but that is what is happening in his head. When he needs to talk something through or get your advice/opinion, he’ll ask for it. He’ll leave the nothing box and go into his “Stress Box” and ask you about the stuff inside. But for the time being, leave him be. “The Nothing Box” is his oasis.

If you liked this, read my follow up post about the female brain and how men’s and women’s brains interact.

Be sure to follow the TJ Blog! Just enter your email for updates of more great articles!

***Inspired by “A Tale of Two Brains” by Mark Gungor.

16 thoughts on “The Nothing Box”